If you lived in the UK in the mid-19th century, and wanted to go for a drive in your brand new horseless carriage, you had to follow some bizarre rules. You could only drive at a speed of 2 miles an hour. You also had to get somebody to walk in front of the carriage waving a red flag.

These restrictions were a part of the ‘Locomotive Acts’ of 1865. They were passed with good intentions — they were meant to be safety measures, designed to protect pedestrians and animal-drawn carriages. However, so restrictive were these laws that they ended up setting the UK automotive industry back by decades. Many drivers simply gave up and went back to their horse-drawn carriages, rather than jump through the hoops of these ‘red flag laws’, as they were popularly known.

Today, we are faced with a legislation that may end up being just as restrictive — the IR35. Designed to close the tax gap between employees and contract workers fulfilling similar roles for the same employer, it has been a point of major contention ever since it was introduced. Let us look at how the Off-Payroll rules may just be the ‘red flag law’ of our times.

How IR35 may be curbing innovation:

Confusion lies at the root of all the resentment surrounding IR35. The rules are not as black and white as they should be, leaving much scope for misinterpretation. The Check Employment Status Tool (CEST) by HMRC simply provides guidelines, not legal guarantees — and these guidelines too, are not flawless. The tool overlooks specific mutuality of obligation, and is accurate just 85% of the times, thereby wrongly placing many people within the scope of IR35.1

Given that being slotted under IR35 could mean a 25% reduction in income for some, contract workers and freelancers are justifiably resentful of not knowing where they stand.2  Rather than going through this uncertainty or bearing a potential loss of income, many may prefer moving to private firms, or simply taking their skills to new markets altogether. This would mean an overwhelming shortage of contract workers with niche skills in the UK. The ones who do stay on in the market are likely to hike their rates in response to this skills shortage, or to compensate for the extra amount they now would need to pay as taxes. In the long term, these increased costs might eliminate the competitive advantage of working with freelancers.

Alternately, if forced to give up a higher amount of their income as taxes under IR35, many contractors might choose to go back to working as full-time employees. This way, though they still end up paying the extra tax amount, they do at least get to enjoy benefits like sick days, paid holidays and health benefits that are the dues of a full-time employee.

2. For small and medium businesses

Another way in which IR35 might be stifling innovation is by restricting small and medium businesses. Companies that want to enjoy the advantages of skilled contractors would have to pay high rates to meet the increased cost of labour. They will also need to spend time and money on legal fees to review the contracts of their entire freelance workforce. Startups and young companies that cannot afford this increased financial burden will either have to forgo the benefits of working with skilled contractors, or take the easier way out and absorb all contractors within their workforce.

The third route these companies may take is perhaps the most disturbing. When the legislation was applied on the public sector a couple of years back, many government departments put most contractors under IR35 by default. The results were disastrous, with these departments losing a massive chunk of skilled staff. Unfortunately, history may repeat itself. According to one survey, 62% of businesses admitted that given the lack of time before the legislation is applied to the private sector, they were considering taking a blanket approach and putting all their contractors under the scope of IR35.3

3. For the entire UK economy

The impact of Brexit on the UK economy has already been alarming. According to EY, banks and financial institutes are looking to set up offices in the EU countries to safeguard their assets — a move that will shift £1 trillion out of the UK economy. Additionally, about £600 million will be lost in taxes due to all the jobs that will be relocated.

If the IR35 does indeed push skilled contractors out of the UK market, this would mean a further loss in revenue. The Online Labour Index shows that UK-based employers make up 6.3% of the market with regard to jobs posted online. These employers depend on (and fuel) the gig economy to drive innovation — they demand flexible access to skilled workers. If that demand is not fulfilled within the UK due to shortage of labour, these employers will simply take their business to other markets. This will further weaken the UK economy.

Till date, HMRC has only won 50% of the tax cases against contractors it has taken to court under the IR35.4  This is a huge red flag in itself that just goes to demonstrate that it is way too soon to introduce a law, the scope of which nobody is clear about. Applying the IR35 to the private sector right now would only add to the confusion and chaos in an economy that is already fraught with the stress of Brexit. The effects of this could discourage innovation and set back the economy, thus becoming the modern day ‘red flag law’.

Consultancy.UK has also recently published an article on the topic here.

Richa heads the Marketing team at TalentDesk.io. When she isn't working on a marketing campaign, she's either out exploring London's food markets or planning her next vacation. 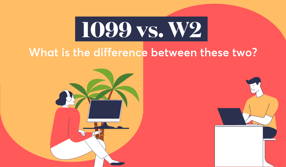 Most companies today understand the advantages that come with a mixed workforce. After all, why restrict yourself to a small pool of local talent when you can hire the most experienced professionals from anywhere in the world?

You create a great piece of content that you’re proud of – it provides useful information to your audience, and sets you apart as a thought leader in the industry. You publish the piece and it is extremely well-received. Perhaps, a little too well-received! A few days later, you get to know that...

If you’re new to working with freelancers, vendors, or contractors, you might have heard of 1099 forms, but what exactly are they? Here’s everything you need to know about these forms, from the deadlines and penalties, through to how to prepare and file them. Please note: The information in this...

How to hire and manage freelance writers

If there were any doubts about the importance of having a strong brand presence online, 2020 has dispelled them once and for all. Now, it’s not only imperative to go digital, it is also important to be unique, engaging and above all, discoverable. 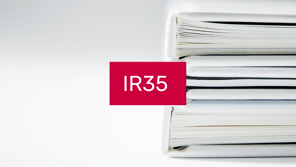 With April and IR35 now drawing closer, we are fast approaching a deadline that’s been at the centre of much controversy ever since it was announced.First introduced in 2000, IR35 was originally meant to crack down on those skirting around taxes and NIC payments through disguised employment....

Granted, the subject of tax probably doesn’t make for great dinner party conversations. But with IR35 (also known as off-payroll or intermediaries legislation) all set to take effect in the private sector from April 2020, it is a topic that’s increasingly coming up in conversation. And with good...

You set up your business as a limited company because you have always wanted to be your own boss, build an empire or simply attain a degree of flexibility to balance contracts with parenting and caring duties. All with good intentions, right? The problem is, it’s easy for freelancers and...

GDPR Compliance When Working With Freelancers

Accurate data is the lifeblood of any business. It helps make sense of events and supports decision-making. The same applies to your contingent workforce data, too. If you know who your organisation is already working with and the skills they have, then you’re in a better position to select the...

Preparing for IR35: What Organisations can Learn from the Public Sector

The off-payroll rules (aka IR35) came into effect for the public sector in April 2017. Ever since that date, it’s been down to the client to determine whether their contractors or freelancers are working within the rules. If so, the fee payer (e.g. the body, agency or third-party) has to deduct tax...