The Freelance Phenomenon: Changing Policies Of A New Workplace

The fourth industrial revolution is here - and thanks to technological advances, we have seen a rapid evolution in the way companies work. The nature of business is constantly changing, and subsequently, the employment landscape has become much more dynamic than it used to be.

The workforce expectations of today are virtually unrecognisable from those just a decade ago. EY reported that 75% of millennials (who, by the year 2025, will make up three quarters of the world’s working population) seek work flexibility without compromising on their career growth. Self-employment is a great way to achieve this. In fact, McKinsey revealed that about 20-30% of today’s workforce have engaged in some form of independent work, either on a part-time or full-time basis. Companies too, are seeing the financial and logistical advantages of flexible workers — and today, 62% of organisations use freelancers, temporary workers or contractors. It is safe to say that the freelance and gig workers are no longer an anomaly — they are a global phenomenon that is changing the way people do business.

So far however, most employment acts, tax and labour policies have been targeted at full time workers. But it is high time they change to encompass gig workers and self-employed individuals. There’s still a long way to go, but here are a few policy changes that we are seeing around the world, that are designed to protect the needs of a changing workforce.

One legislative change that recently took effect is California’s Assembly Bill 5 (AB5). The intention of this bill is to take a closer look at how gig workers are being classified. If the tasks they perform are core to their employers’ business or are similar to the work that full-time employees do, the legislation requires that these workers be classified as employees rather than independent ‘gigsters’. The business model of companies like Uber and Lyft rely heavily on gig workers, who do much of the brunt work, but do not enjoy health care, paid time off or any of the other benefits that full-time employees receive. This bill could go a long way in levelling the playing field, preventing gig workers from being exploited, and getting them fair compensation for their work.

However, this legislation does come with its own complications. Firstly, it could end up changing the very essence of the gig economy. Many freelance and gig workers quit the traditional workforce in order to enjoy freedom and flexibility. By classifying them as full-time employees, the AB5 puts them back into the same traditional work structure they sought to move away from. Secondly, the AB5 can prove to be counterintuitive. Having to offer benefits to reclassified gig workers will drive up costs for companies by as much as 30% according to the BBC. This may force them to cut down on the number of people they hire — Lyft has claimed that they may have to employ 300,000 fewer drivers as a result of the AB5. These companies may also pass on this cost to customers.

Thirdly, it’s not just gig workers who are being affected by the AB5 — it can end up impacting legitimate freelance professionals too. The effects of this fallout are already being felt by freelance writers, photographers, journalists and musicians, who make up a large percentage of California’s entertainment industry. The legislation allows them to submit 35 pieces of work a year, to a single client. If the client accepts any more, they would have to treat these freelancers as employees. As expected, this is making it tougher for these professionals to find steady work in the industry.

Legislative changes are taking place in the UK too. In response to the Taylor Review, which put forth a list of recommendations for better working practices, the government is in the process of introducing workplace reforms that will guarantee the rights of vulnerable gig workers.

As per the Taylor Review, the staff working in an organisation must be correctly classified as an ‘employee’, a ‘worker’ or a ‘self-employed individual’ — with the addition of a new classification of ‘dependent contractors’. Their employment status will correspond to a certain set of rights and benefits — and employers must clearly specify these rights to anyone who joins the organisation. The Review calls for sick pay and paid holidays even for casual workers, and recommends a higher minimum wage for zero hour workers. Moreover, it states that zero hour employees should be able to request a contract with guaranteed hours after they have been in a company for 12 months.

However, unions have been critical of the new regulations, saying that there is no clarity on how these employment laws will be enforced. It is estimated by the BBC that 1.8 million workers will still be left without key rights — and the plan does not address this. The classifications can seem arbitrary too — for instance, Uber drivers would be classified as workers, so they would receive sick pay and paid holidays, but Deliveroo riders would not be eligible for these benefits as they’ll be classified as self-employed.

India is the largest freelance market in the world right now, Entrepreneur estimated that over 500,000 new businesses are set up every month, the number of freelancers and contractors is only set to grow. India too, is seeing some legislative amendments to reflect this change.

Under its Gratuity Act of 1972, organisations were required to pay gratuity only to employees who left the firm after at least five years of continuous service. This meant that fixed-term contract workers were not eligible to receive any gratuity. A recent change in the rules however, gives these contract workers the same statutory benefits that full-time employees receive. They will now be eligible for bonuses, insurance benefits and employees’ provident fund. Moreover, they will also be entitled to gratuity when their contract ends and they leave the organisation — even if this happens before they have completed 5 years. This actually puts fixed-term contract workers at more of an advantage than permanent employees who will still have to complete five years of service before being eligible for gratuity benefits.

While employees in the EU already enjoy certain rights and protections in terms of working hours, paid time off and breaks, these rights did not extend to gig and flexible contract workers till now. Last year however, the European Parliament approved a new Directive to ensure minimum rights for these workers. The new rules are to be implemented in each EU state within three years, and are projected to impact a total of 200 million workers.

The regulations under the Directive are designed to bring a certain level of predictability to standard work hours, and ensure that workers are fairly compensated for last minute cancellations. They will also limit the probationary period to just one 6-month term. Exclusivity clauses will be removed from these workers’ contracts, allowing them to work for other employers if they so choose. Though largely seen as a welcome step, the Directive is by no means comprehensive as it does not offer a EU level definition of a worker. The legislation does not cover self-employed workers, and is said to be inadequate when it comes to unpaid interns and apprentices. It also does not ban zero hour contracts, thereby still leaving certain vulnerabilities unaddressed.

So, with the growth of the freelance economy, countries all around the world are introducing new labour laws and redefining policies to protect the interests of this generation of workers. While these legislations are a great first step, they are by no means flawless — on the contrary, some of them give rise to new complexities. The situation thus, calls for a deeper understanding of the freelance economy and further consultation is required to achieve a more realistic knowledge of how these changes will affect the new workforce.

Richa heads the Marketing team at TalentDesk.io. When she isn't working on a marketing campaign, she's either out exploring London's food markets or planning her next vacation. 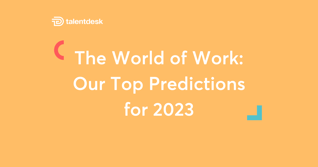 The World of Work: Our Top Predictions for 2023

Remote working has become the new normal over the last few years, but what actually is a virtual team? If your company works with multiple people who are all based in different locations, have different skill sets, and report to different people — but are all working towards a common goal, then... 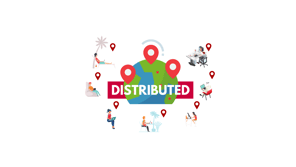 What Are Distributed Teams And Are They The Future Of Work?

What are contingent workforce solutions & how can they enable business success within the new world of work?

A great freelancer is a great find. However, mismatched expectations can quickly ruin what would otherwise have been a great relationship! So how do you avoid this? Read on to see some of the most common gaps between client expectations and the reality of managing freelancers. 1. “Briefing? What...

How To Write a Clear & Effective Project Brief

How To Write A Clear & Effective Project Brief

As a project manager, you may be well-versed with managing a team you work with in close proximity. But working with a remote team of freelancers is a different ballgame. Getting the best out of a remote team requires a very particular set of skills — one of which is the ability to write clear and...

New year, new logo. What a year it’s been. After the many challenges we’ve faced - as businesses and individuals - we can certainly say it’s been a valuable year, with many learnings to take away. If we had to choose three words to best describe the bittersweet traits 2020 has bestowed on us, for...

5 ways to enable success working as a virtual company

Pre-2020 the idea that so many businesses globally would operate as virtual companies, with remote and distributed teams being the norm was quite a foreign thought. However, gone are the days where employees all commute into the same central headquarters, with each and every employee clocking in...

We are without a doubt facing “unprecedented times”. The “global pandemic” has shaken the entire world to its very core and has resulted in a huge shift in the way we all live and work. Whilst we can only hope that we can look back one day soon  and think of our “quarantine-life” as a thing of the...

11 Predictions for the Future

We recently published the results from our survey of global businesses who told us what the pros and cons of remote working have been for them, and what their future plans look like. Whilst we don’t know how long COVID-19 will play an impact on the way we live and work, we do know that it has...